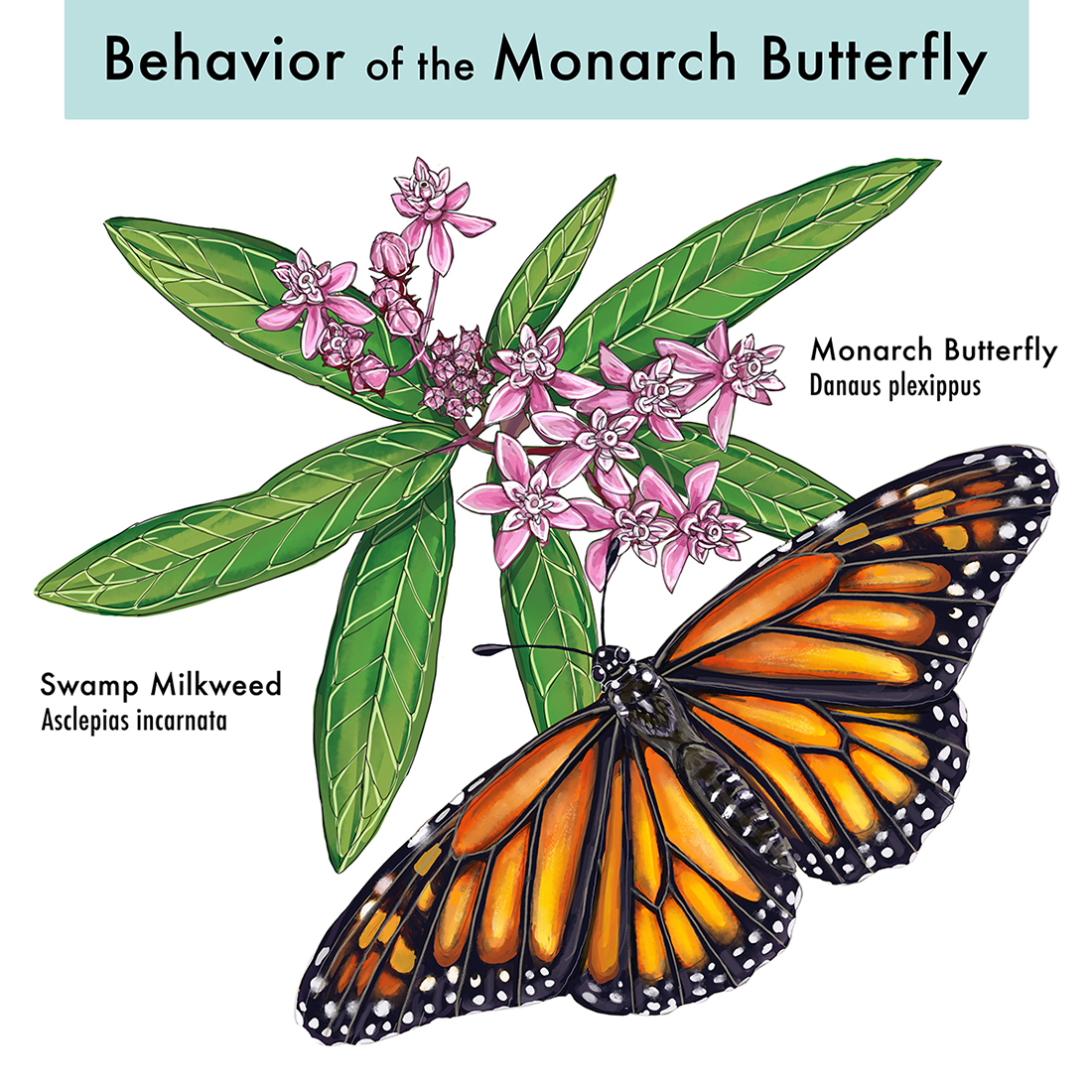 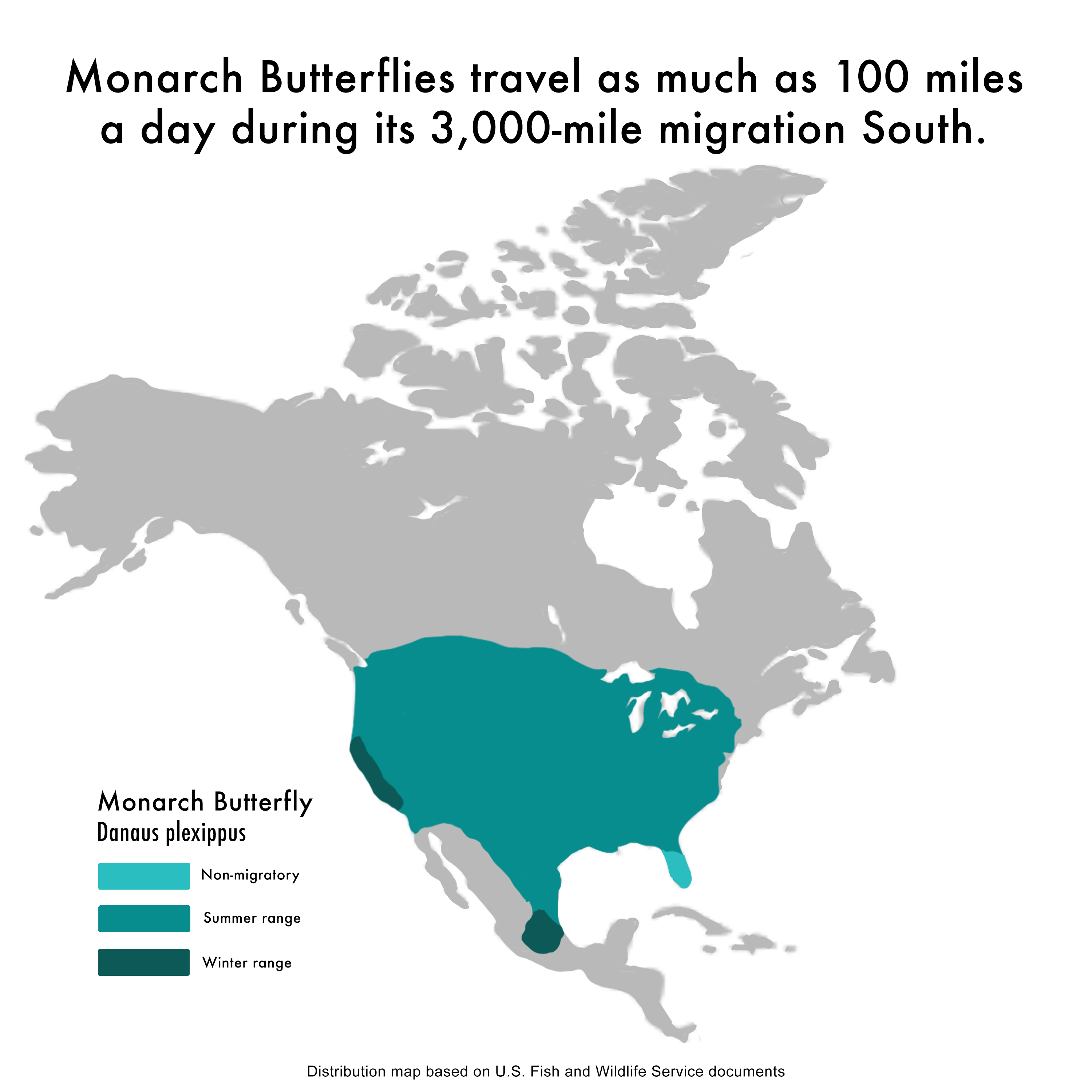 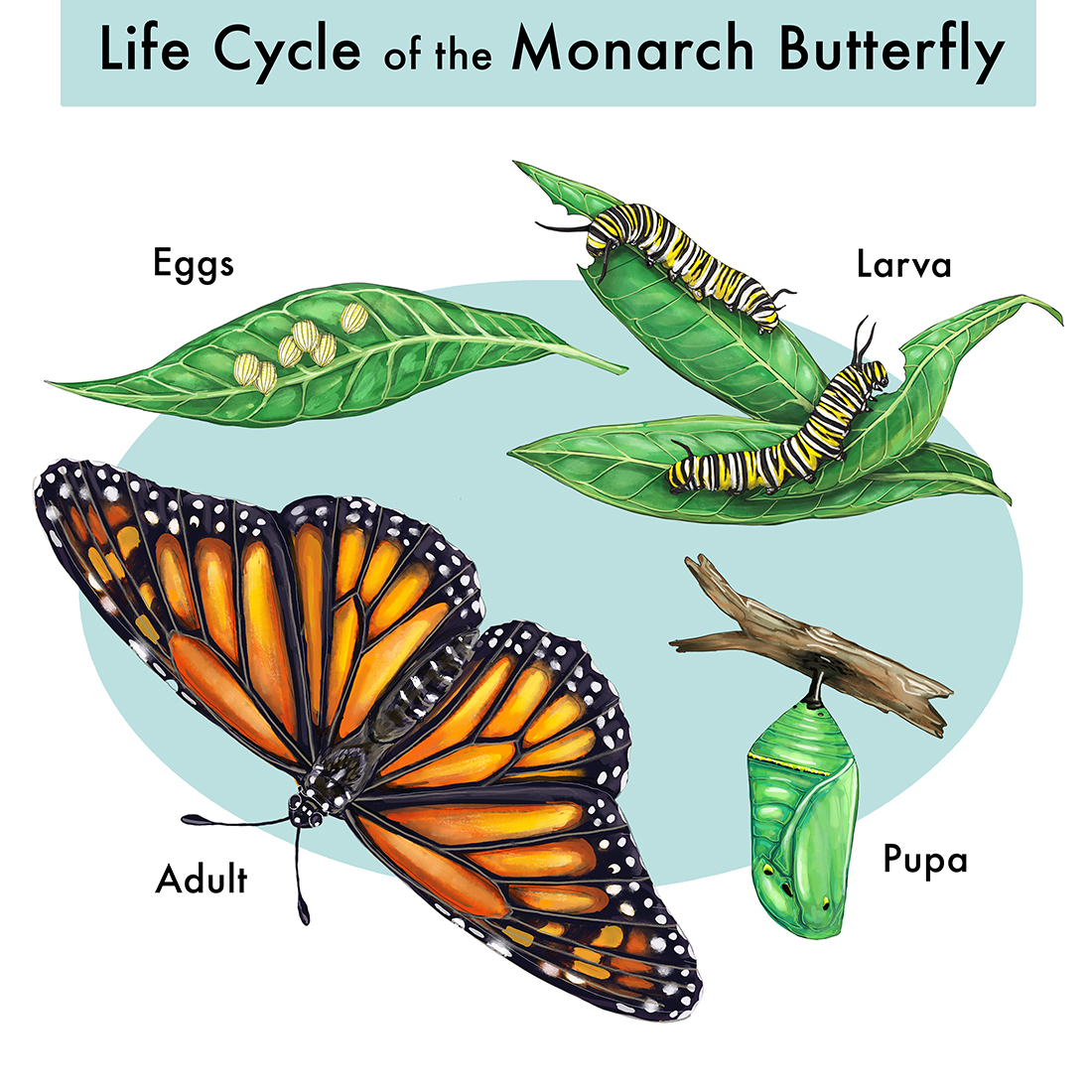 Monarch butterflies are native to North America and are found from southern Canada to Mexico. They are broken into two populations separated by the Rocky Mountains, called the eastern and the western populations, which each migrate over 3,000 miles to winter in different ranges, with one small portion of the eastern population in Florida remaining non-migratory.

Being one of the few migratory insects, Monarchs travel great distances between summer breeding habitat and winter habitat where they spend several months in a resting state. In fall, the eastern population migrates to the cool, high mountains of central Mexico and the western population migrates to coastal California, where they spend the entire winter.

Adult Monarch butterflies typically live between 2 to 6 weeks, except for the last generation of the year, which can live up to 8 or 9 months. There are four stages in the life cycle of a butterfly, beginning with the egg, then developing into a larva, pupa, and eventually, an adult.

A female Monarch will lay one to three eggs on the underside of a Milkweed leaf, where a tiny striped larva will grow inside the light yellow egg for 3 - 4 days, then chew a small hole in the shell and emerge. Soon after, it begins feeding on its host plant, the Milkweed.

A typical monarch caterpillar increases in mass 2,000 times, with this growth happening between 9 - 14 days after hatching! When the caterpillar has found a suitable location for its chrysalis, it weaves a silk mat with a "button" in the center to attach it to the branch. It then begins to molt, forming the Pupa state. In monarchs, this stage can last as long as a week.

After the week, a new butterfly will emerge with its wings crumpled and shriveled and will have to wait two hours to dry their wings. In order to stiffen their wings, the butterfly pumps body fluid through its wing veins, then, the monarch has to wait for air to replace the fluid before flying.

Adult monarchs mate in the spring, before they return to their summer range. These eggs then hatch into larva, pupate, and become adults in the summer and continue the migration northward, repeating the process. September is when mating stops. The last generation of the summer is the one that will migrate to the overwintering grounds in California or Mexico.

As adults, a Monarch will feed on the nectar of Milkweed as well as other flowers, but in its larval stage, it solely depends on Milkweed as its host plant. Milkweed produces glycoside toxins that deter animals from eating them, but monarchs have evolved immunity to these toxins. As they feed, monarch caterpillars store up the toxins in their body, making them taste bad, which in turn deters predators. The toxins remain in their system even after metamorphosis, protecting them as adult butterflies as well.

Monarch butterflies depend on native milkweed species found across North America, having coevolved with this plant to have a mutualistic relationship, where monarchs complete their life cycle on the plant and receive the benefits of its protective toxins, and the Milkweed finds a reliable pollinator.

However, because of this unique codependence, monarch populations have declined by approximately 90 percent since the 1990s, primarily due to habitat loss and fragmentation in the United States and Mexico. In this time period, over 90 percent of the grassland ecosystems along the eastern monarch’s central migratory flyway corridor were converted into agriculture or urban development. Pesticides and Herbicides are also a large threat, killing both native nectar plants where adult monarchs feed, as well as the milkweed their caterpillars need as host plants.

Because of these sensitivities to the environment and their wide range, monarchs are excellent indicators of ecosystem health across the American landscape, including productive and essential croplands in the Midwest. Monarch declines are symptomatic of environmental problems that also pose risks to food production and human health.